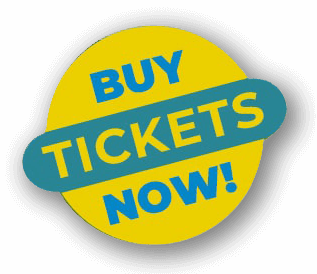 Please select Membership from the Options below and follow the prompts to Register.For Family Membership choose number of Adults & ADD Child Entry for Maleny Show Tickets.

Registration Online is only available via Secure Credit Card and your Ticket will be sent attached to an email after Registration is completed.

This code of conduct is one of the elements that bring the Maleny Show Society together. It describes who we are by way of acceptable behaviours and values. It is how we conduct ourselves within the organisation and in dealing with the public in situations where we are recognised as representing the Maleny Show Society. It represents the type of culture we strive to have and provides a shared expectation of the way we behave as individuals, towards each other, our members, sponsors, partners, staff, volunteers and other supporters. This Code supplements our legal obligations to other areas such as Health and Safety, Equal Opportunity and Privacy. It applies to all Maleny Show Society members and volunteers.

The Maleny Show Society recognises the importance of a harmonious environment which actively promotes best practice. The purpose of this code of conduct is to describe the standards of behaviour and conduct, expected from members, contractors and volunteers in their dealings with customers, suppliers, clients, staff, contractors, volunteers, management, the general public and any other stakeholders.

Any person may, by being duly nominated by a current financial member and having their nomination accepted at a General Committee Meeting, and by payment of the annual subscription to the Secretary, be duly constituted a member and have all the rights and privileges of membership.  Only adults 18 yrs and over will have membership rights.

The Maleny Show Society’s membership year is equivalent to a calendar year, being 1st January to 31st December.  Membership is open from 1st January, however any membership applications received in April and May may not be considered and accepted by the management committee in time for the annual show admission to be granted, so get in early if you want your show tickets.

Admission to grounds for duration of the show for adult members upon production of membership tickets.

Admission of member’s children (under 18 yrs) when accompanied by a current member.

The right to vote at the annual or any special general meeting.

Members may also receive information from our sponsors.

Online payments can be made by bank transfer, in person at show office or via post.

By becoming a member of the Maleny Show Society, you agree to read and agree to the code of conduct of the society. 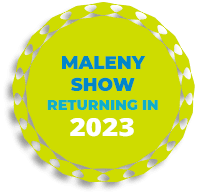 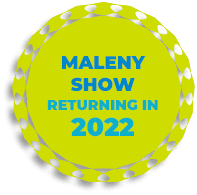